In the popular history of Kenya’s technology industry, women are at the center. It was a woman, Ory
Okolloh Mwangi, who first put out a call on her blog, kenyanpundit, inviting coders to build a platform
that would track violence and other emergencies following the 2007–2008 elections, resulting in the now
global platform known as Ushahidi. It was market women, shunned by formal banks well into the 1990s,
who arguably have been driving the use of mobile money, making Kenya the world leader in such
technology. Advocacy through organizations like the Lawyers Hub, a leading digital law group, is driven
by women, and the most prominent tech training platforms in the country, like AkiraChix and Akili Dada,
were founded and are run by women.

Women are and have always been the beating heart of Africa’s unlikeliest tech success stories. But while
women drive the conversation, Kenyan society still routinely treats the work of women as secondary. And
so a group of Kenyan women is working to increase the visibility and influence of women in tech by
providing the mentorship and skills that young women need to not only succeed in one of the most
competitive tech markets in the developing world but have their contributions recognized as well.
“When you give women a fair chance, they thrive,” says Linda Kamau, founder of AkiraChix, one of the
premier coding schools for women. “Women who have gone through our program only needed someone
to show them a path, and then they took it and ran with it.” Since its inception in 2010, AkiraChix has
trained hundreds of young women from across Kenya and, recently, into East Africa. Earlier in her career,
Kamau—one of the leaders in Kenya’s nascent tech industry—witnessed firsthand how women were
edged out of the tech space, not because they were less qualified than their male peers but because
international role models—Bill Gates, Mark Zuckerberg, Tom the MySpace guy—were decidedly white
and male.
And so AkiraChix was born—to “correct the arc before we end up at the Silicon Valley level,” says
Kamau, “because we know they did something wrong.” Today AkiraChix annually graduates 70 young
women—women like Fatma Mohamed Abdulkadir, who joined the program as a mother of three without
a degree and is today a programmer at Infonet, partnering with the World Health Organization to build a
health-management platform for the Ministry of Health in Kenya. These soft skills make the difference.
“It used to be such a boys club,” Kamau says, “but now we are able to run women-only hackathons and
have people participate. We gave the women confidence to do the other hackathons open to everyone.”
Chao Mbogho, dean of the school of computer science at Kenya Methodist University, also sees
mentorship as the most important way of protecting the next generation of Kenya’s women coders from
invisibility. While she was an undergraduate student at the university where she now teaches, Mbogho
was the only female student in her class, and it wasn’t until her fourth and final year that the school finally
admitted two female students to the computer-science cohort. “Thankfully, I was incredibly competitive,”
she laughs, “and I was always at the top of my class.” It was the mentorship of her computer-science
professor that kept her passionate and engaged, and she extends the same opportunities to young coders in
the country through her KamiLimu mentorship program.
“KamiLimu is more than just coding,” Mbogho insists. “We offer guidance and mentorship to young
people interested in tech over eight months and also teach them things like public speaking, product
development, project management—things that will make them employable.” Even though she herself
teaches at a university, Mbogho believes that computer-science programs at Kenyan universities are still
teaching students dated programming languages, which means young people can spend four years and
thousands of dollars (in a country where the minimum wage is only about the equivalent of $50 a month)
on a university degree that they cannot use.
“I work at the university because my hope is that one day KamiLimu will be useless, because the
university programs will be so good that we won’t need the extra mentorship,” Mbogho observes. Until
then, she gathers about 40 young men and women—always in equal numbers—from 19 universities
across the country on two Saturdays and two Wednesdays a month to fill in the gaps that their formal
programs leave. The program has an incredible success rate of placing young women in highly
competitive tech roles. For example, KamiLimu alumnus and volunteer Lynet Kosgey today writes code
for a Kenyan cybersecurity company, building on a project that she created through the initiative.
Millennials like Kamau and Mbogho represent Kenya’s first tech generation. Within five short years, the
country has moved from a world in which many people did not know what a computer was to a world in
which many now have them in their homes. Both women are determined that the next generation of
Kenya’s women coders should have the opportunity to not just learn computing skills but also use
them—so they will never have their place in Kenya’s tech story questioned.
Source : Vogue. Click one of our representatives below to chat on WhatsApp or send us an email to info@softwork.xyz 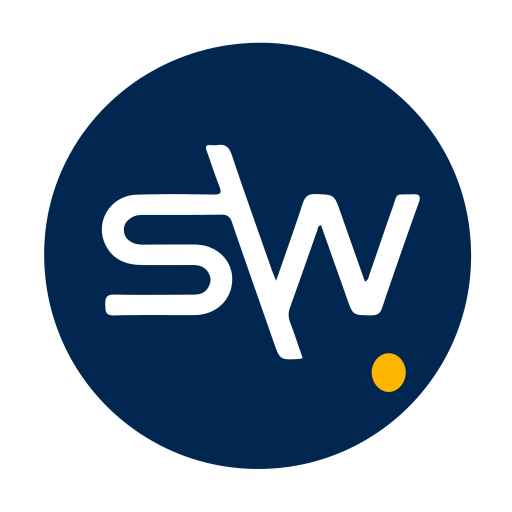